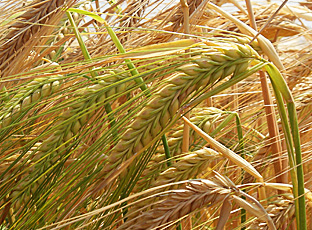 The ever increasing cost of agricultural land in South Africa makes the purchasing of land for expansion an expensive option for livestock farmers who have already reached their capacity with the natural pasture at their disposal. Thus farmers would have to consider planted pastures to increase their herds. The production of protein for livestock production is very important and can be improved through fertilization.

Fertilizer is one of the largest inputs with regard to the cultivation of planted pastures. A good fertilizer programme is critical to achieving optimal production and quality from already established planted pastures.

The production of planted pastures is, as in the case of other crops, very dependent on macronutrients: nitrogen (N), phosphorus (P) and potassium (K). Using these elements in plant nutrition can be expensive and should therefore be done sensibly.

Although N can be applied at planting, it is good practice to apply N for the first time to seedlings of 10 cm high. Nitrogen leaches easily from the soil profile and can only be used when there are roots in the soil. N plays a very important role in dry matter (DM) production and the protein content of pastures.

The ideal P level which should be aimed for is 20 mg.kg-1 soil. Phosphates can also serve as a guideline at 10% of the N levels applied. If P levels in the soil are low, this can be rectified through a once-off application. The N:P ratio can then be reduced for example from 10:1 to 8:1, thereby building up P systematically in the soil over seasons.

The soil acidity at which most pasture crops produce well is in the region of a pH of >5.5 (KCl). There are, however, differences between the acid tolerance of crops and cultivars and the percentage acid saturation of the soil should therefore also be considered.

Research was conducted by Omnia agronomists in the Heilbron district on weeping love-grass (Eragrostis curvula) with N rates of 40, 80 and 120 kg/ha. The control was unfertilized. Figure 1 shows the DM yield at the different N application rates and Figure 2 the protein content at the same N applications. Figure 3 shows the total protein produced per hectare. This is the product of biomass and protein content. 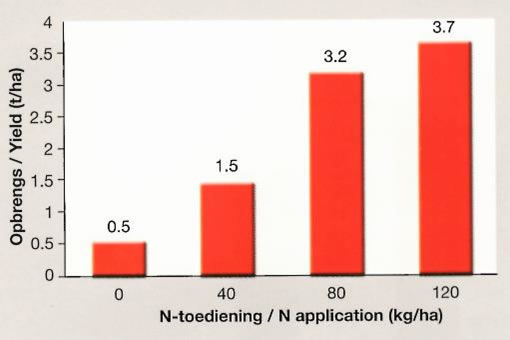 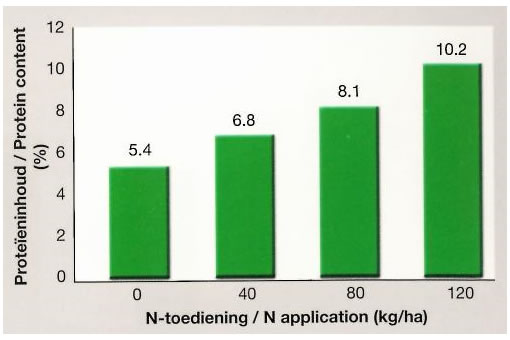 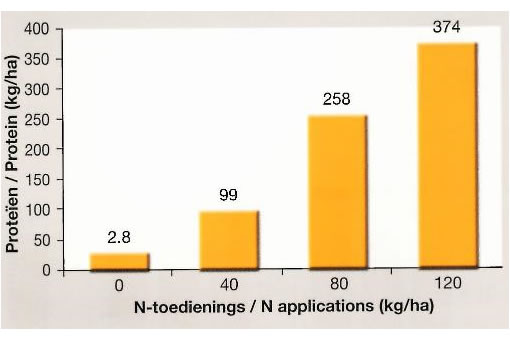 In another Omnia trial conducted in the Heilbron region on weeping love-grass, additional information regarding P fertilization was gathered. The clay content of the soil at the trial site was approximately 35%. Good reactions to the P fertilization were obtained, even in heavy soils such as these (Figure 4).

Figure 4: The yield (t/ha) at two N fertilization rates, with and without a 10% P application 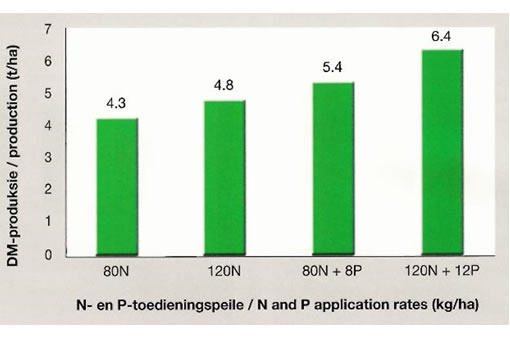 Another trial, in the Chrissiesmeer region, shows the value of N, P and K fertilization in combination (Figure 5). It is clear that in this case K nutrition was also important in the successful cultivation of high-producing planted pastures.

Figure 5: The effect of different N-sources and rates on the production of weeping love-grass in the Chrissiesmeer region 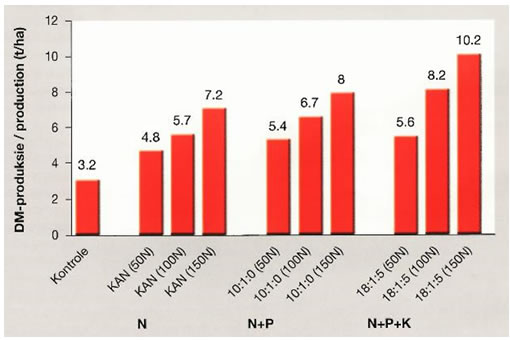 Figure 6: The difference between various treatments on weeping love-grass in the Heilbron trial 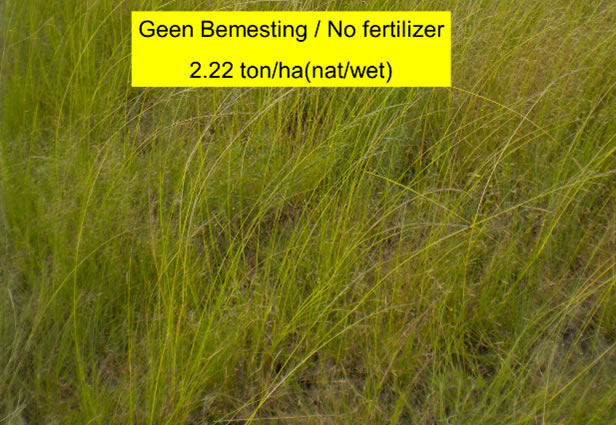 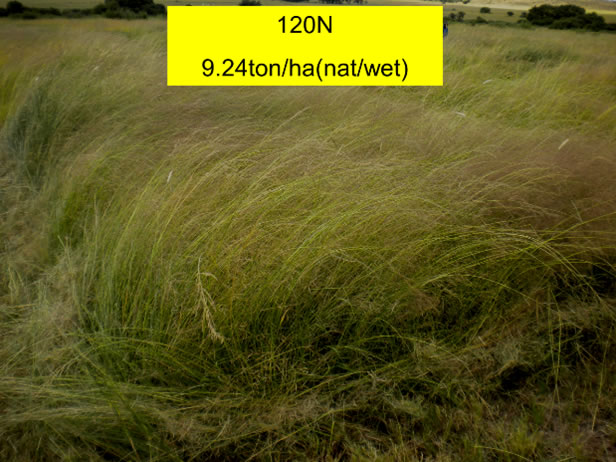 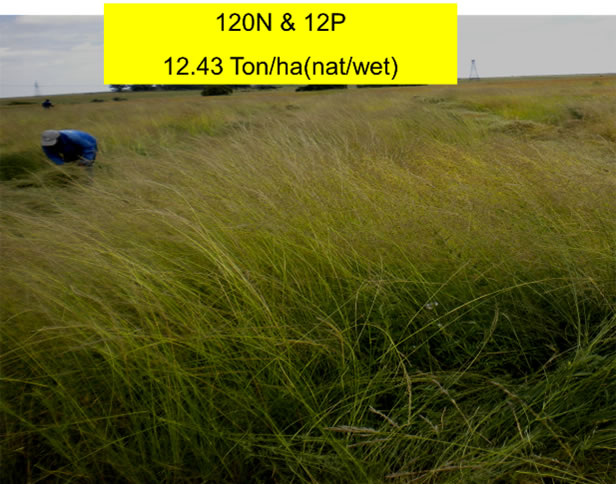 Although there are exceptions, South African soils are generally low in P. Phosphate removal from the soil can range from 1 kg.t-1 DM produced (poor grazing) to 3 kg.t-1 DM produced (lucerne). If plant material is cut and removed, P should be replaced at the above-mentioned rates.

Potassium removal ranges from 15 kg.t-1 (weeping love-grass) to 25 kg.t-1 DM produced (lucerne). Where plant material is removed, it would be necessary to replace the removed K.

The following principles should be considered regarding the fertilization of pastures.

Rather fertilize smaller areas adequately in a specific year than to not give enough fertilizer. This applies especially to N-fertilization.

It stands to reason that N-fertilization is very important for planted pastures, but there is also a range of other elements that can inhibit production dramatically if it is not up to standard.

Use the correct N-source

Urea broadcast under dryland conditions on top of pastures can cause tremendous losses due to N volatilisation. Overseas literature shows that losses of more than 75% have been measured under extreme conditions. Ammonium nitrate N, such as LAN (28), ANO (21), etc., can however be broadcast or sprayed with great confidence under such circumstances, with minimal losses. Omnia has an ideal N product that works well for pastures. Greensulf 35 is an unique chemically granulated product containing nitrogen in the nitrate form, as well as sulphur and calcium to increase yield and protein content.

The information in this article should serve as a guideline for farmers who cultivate pastures. This article endeavours to highlight the importance of N, P and K fertilization.