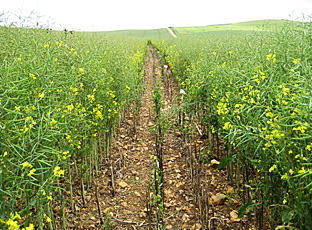 No statistical differences between treatments were observed, but the 20:0:0 treatment had the best yield and the highest return on investment of 230%.Three different indicators showed that 20 kg S.ha-1 was the best rate to apply at this trial site close to Napier. The individual plots that yielded >1.8 t.ha-1 accounted for 52% of the plots that received S at an early stage at planting. The economic optimum indicated that 21 kg S.ha-1 was the best application rate, and so did the yield. There was a difference of 13% (239 kg grain) between the lowest and highest yielding treatments and the average of the trial site was 1.969 t.ha-1 (Figure 1). 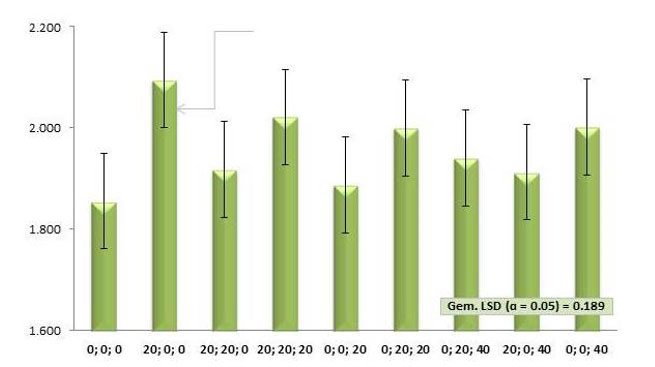 Figure 1: Yield response to different application rates of S at different times (planting; 1st top dress; 2nd top dress). No statistical differences between treatments were observed, but the 20; 0; 0 treatment had the best yield and the highest return on investment of 230%

In a similar trial by Ngezimana and Agenbag (2014), optimum S applications of 15-30 kg ha-1 were recommended for soils with less than 6 mg kg-1 S. However, since the soil in our trial contained 10 mg kg-1 S, sulphur was not a limiting nutrient. This would also explain why no yield response was obtained and would confirm the critical soil values of Ngezimana and Agenbach.

Although the N:S ratio of the leaf analysis was the best for the highest producing treatment, there was no relationship between this ratio and the yield. No relationships were found between N:S ratio and yield for the OmniSap® analysis at either growth stage.

The soil nutrient values were very low for N (only 12 kg N.ha-1 could be mineralised), but the S values were good (14.9 kg S.ha-1). The urease activity was also low (46.51 µg/g/2h), indicating that urea conversion will not be very efficient. This was true as the producer only applied urea-based fertilizer at planting and as top dressing, and he yielded an average of 1.6 t.ha-1 which was 23% lower than the trial sites' average of 1.969 t.ha-1 where AN-based fertilizer was used for top dressing. The difference in top dressing used was also visually very clear (Figure 2: 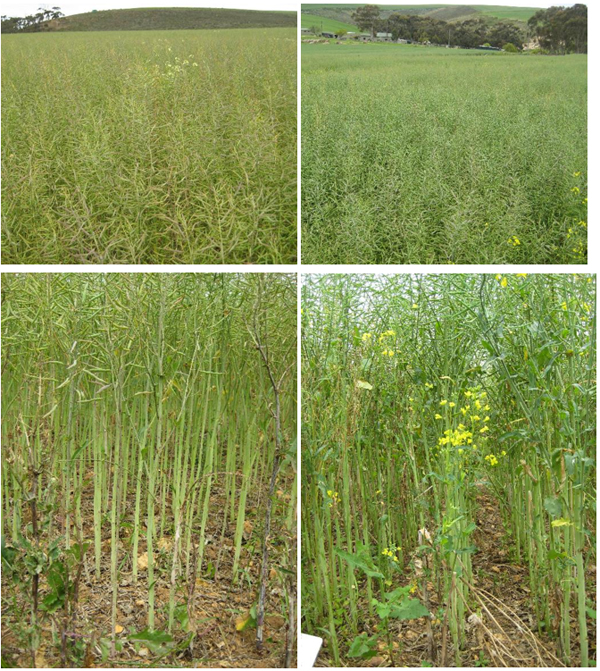 Figure 2: Visual differences were clear between the producer's field (left) and the trial site (right)

The producer's plants had no leaves left (photo on the left), while the plants of the trial site still had a lot (photo on the right) which could still contribute towards pod filling and increasing yield. The producer's canola was also visually brown (left bottom) as it had about a 10% schlerotinia infestation, while the trial site (right bottom) had no such problems and was still quite green which again could contribute towards better pod filling and increasing yield.