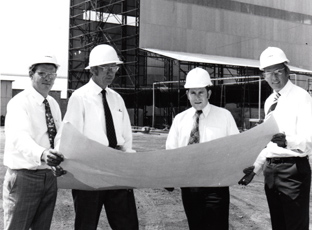 Improve water use of maize and sunflower

Global demand and consumption of agricultural crops for food, feed and fuel is increasing at a rapid pace. To satisfy the growing, worldwide demand for grain, two broad options are available:

Of the two options, increasing productivity on existing agricultural land is preferable as it avoids greenhouse gas emissions and large-scale disruption of existing ecosystems associated with bringing new land into production.

Annual maize production in South Africa has increased over the last 40 years from just under 8 million tons to over 10 million tons, with the expected yield for the 2013/14 season at an estimated 13.5 million tons. During the same period the total area under maize production has decreased from about 4.5 million ha to 2,7 million ha in the 2013/14 production cycle. The resulting increase in production and loss in production area during this 40-year period equates to an estimated increase of 1.4 tons per ha. This dramatic crop productivity water use efficiency (WUE) improvement is partly due to the development and use of new farming technologies.

There is a growing interest in improving productivity of rain and irrigation water in agriculture. Central to this is the soil water balance, which reflects on the change of water in the soil profile relative to the gains and losses of water.

Water gains include precipitation/irrigation and the losses are evaporation (E), runoff and drainage as well as transpiration (T). T is the pivotal point in the balance, as it is the only productive loss. The rest of the losses, namely drainage, runoff and evaporation, need to be minimised so that transpiration can benefit directly from water gains.

Dryland farmers interpret WUE simply as the ratio of grain yield produced to the amount of rain received over the growing period. Agronomists, on the other hand, generally express WUE as the relationship of yield to evapotranspiration (ET). The challenge is to use the wealth of knowledge of the soil water balance to reduce unproductive water losses and to optimise transpiration of maize and sunflower. Thus, the objective is to obtain a higher yield per mm rain per hectare.

How can we improve WUE in maize and sunflower?

By improving cultivars through plant breeding and by modification of agronomy practices such as:

Water use efficiency (WUE) and fertilizer use

The most important management interaction in many drought-stressed maize environments is between soil fertility management and water supply.

In areas subject to drought stress, many farmers are reluctant to risk economic loss by applying fertilizer, strengthening the link between drought and low soil fertility. Reduced plant growth rate in nutrient-deficient plants are generally associated with reduced WUE. Management of nutrient supply is therefore a strategy to improve WUE. It was reported, for example that the WUE of maize was increased by application of nitrogen and it was also found that silicon, though not widely considered a plant nutrient, improves WUE in maize plants under water stress by reducing leaf transpiration and water flow rate in xylem vessels.

The challenge therefore is to continue to develop soil management practices with the goal of increasing WUE. Challenges in research are to understand the water nutrient interactions for a range of cropping systems and incorporate this information into tools that can assist producers in making management decisions that lead to increased WUE and nutrient use efficiency.